What Does It Mean When a House Is Underpinned? 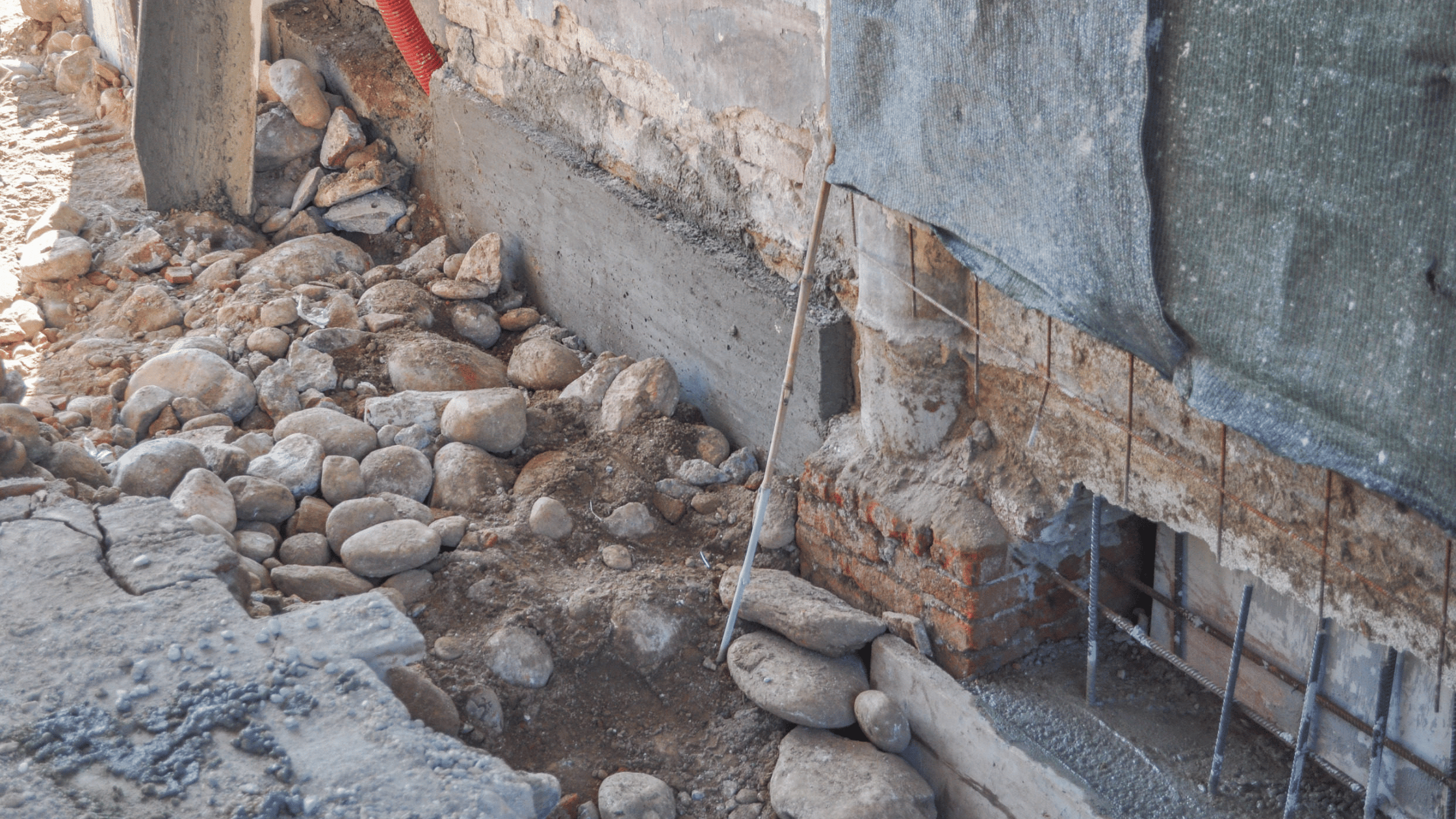 15 Nov What Does It Mean When a House Is Underpinned?

You may have been advised, by a builder or surveyor, that you need to have your house underpinned. But what does that actually mean? What’s the process, and why should it be done? And are there any consequences of your house being underpinned?

Why Would a House Need to Be Underpinned?

There are various reasons for underpinning a house, ranging from damage prevention to part of the planned restructuring. Perhaps the most common reason is subsidence, which can be caused by weak soil as a result of a high water table, tree roots encroaching under the foundations, faulty drains or excavations under the house — old mine workings, for instance.

If subsidence is ignored, it can make the building lean and potentially collapse in the end. In the case of drains or tree roots, it’s often enough just to fix the problem, but in other cases, it’s necessary to strengthen the foundations.

On the other hand, if you’re extending your house (for example, raising the roof and adding an extra storey), the existing foundations probably won’t be sufficient. In this case, underpinning may be required as a planned part of the work.

The term underpinning describes a variety of techniques used to strengthen existing foundations. There are several types of underpinning, but the most common are mass-concrete underpinning and mini-piling.

What Are the Consequences of Underpinning?

The most important consequence of having your house underpinned is that you have a stable house that isn’t at risk of collapse. Unfortunately, there are also some negative consequences — but the good news is that these issues are becoming less serious than they used to be.

There’s a perception that an underpinned house is difficult to sell or insure, but in fact, the problem is the subsidence, not the underpinning. You shouldn’t have difficulties if the underpinning was a planned part of an extension, for instance, and even if it was to counter subsidence, that doesn’t mean the issue will recur.

Many insurers are now willing to take on underpinned houses if you can demonstrate that the subsidence has been fixed once and for all, and similarly buyers may be advised that such a house is safe to purchase. However, it’s essential that you use a contractor who can not only do an expert job but who will guarantee the underpinning.

Give us a call to find out more about getting your house safely and effectively underpinned.